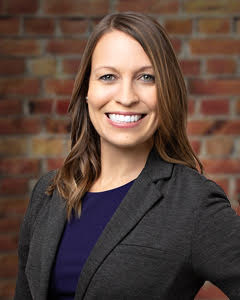 Prior to joining TencerSherman, Ms. Johnson spent over three years litigating special education administrative claims before the California Office of Administrative Hearings, the U.S. District Court for the Southern District of California, and the Ninth Circuit Court of Appeals. Early in her practice, Ms. Johnson spent time as a Judicial Law Clerk for Justice Max Baer of the Supreme Court of Pennsylvania and the Honorable Ann A. Osborne in the Court of Common Pleas of Delaware County.

Hailing from Pittsburgh, PA, Ms. Johnson relocated to San Diego in 2016. Ms. Johnson enjoys no longer scraping ice off of her windshield and California burritos.